A Forum dedicated to the students, alumni and faculty of NIRD

Download all your favourite e-books from here.
Forum rules
Disclaimer: This website doesn't stores or hosts any files. These files are already available on web. We are just sharing them for personal usage. The images, contents & files belongs to their respective owners and used for educational purpose only.
Post Reply
1 post • Page 1 of 1 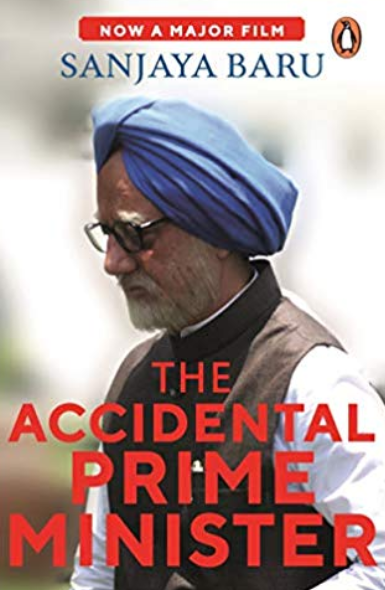 Overview:
When The Accidental Prime Minister was published in 2014, it created a storm and became the publishing sensation of the year. The Prime Minister’s Office called the book a work of ‘fiction’, the press hailed it as a revelatory account of Prime Minister Manmohan Singh’s first term in UPA. Written by Singh’s media adviser and trusted aide, the book describes Singh’s often troubled relations with his ministers, his cautious equation with Sonia Gandhi and how he handled the big crises from managing the Left to pushing through the nuclear deal. Insightful, acute and packed with political anecdotes, The Accidental Prime Minister is one of the great insider accounts of Indian political life.

About Author: Sanjaya Baru
Sanjaya Baru has been editor of India's major financial newspapers, Economic Times, Financial Express and Business Standard. He was media advisor to Prime Minister Manmohan Singh and director for geo-economics and strategy, International Institute of Strategic Studies, London. He was professor of economics at the University of Hyderabad, Indian Council for Research on International Economic Relations and the Lee Kuan Yew School of Public Policy, Singapore. He was secretary general, Federation of Indian Chambers of Commerce and Industry, as well as member of India's National Security Advisory Board during 1999-2001 and a member of the governing board of the Centre for Policy Research. He was also member of the India-ASEAN Eminent Persons Group in 2010. His published works include The Strategic Consequences of India's Economic Rise, India and the World: Essays on Geo-economics and Foreign Policy, The Accidental Prime Minister: The Making and Unmaking of Manmohan Singh and 1991: How P.V. Narasimha Rao Made History.

Jump to
Powered by phpBB™ • Design by PlanetStyles